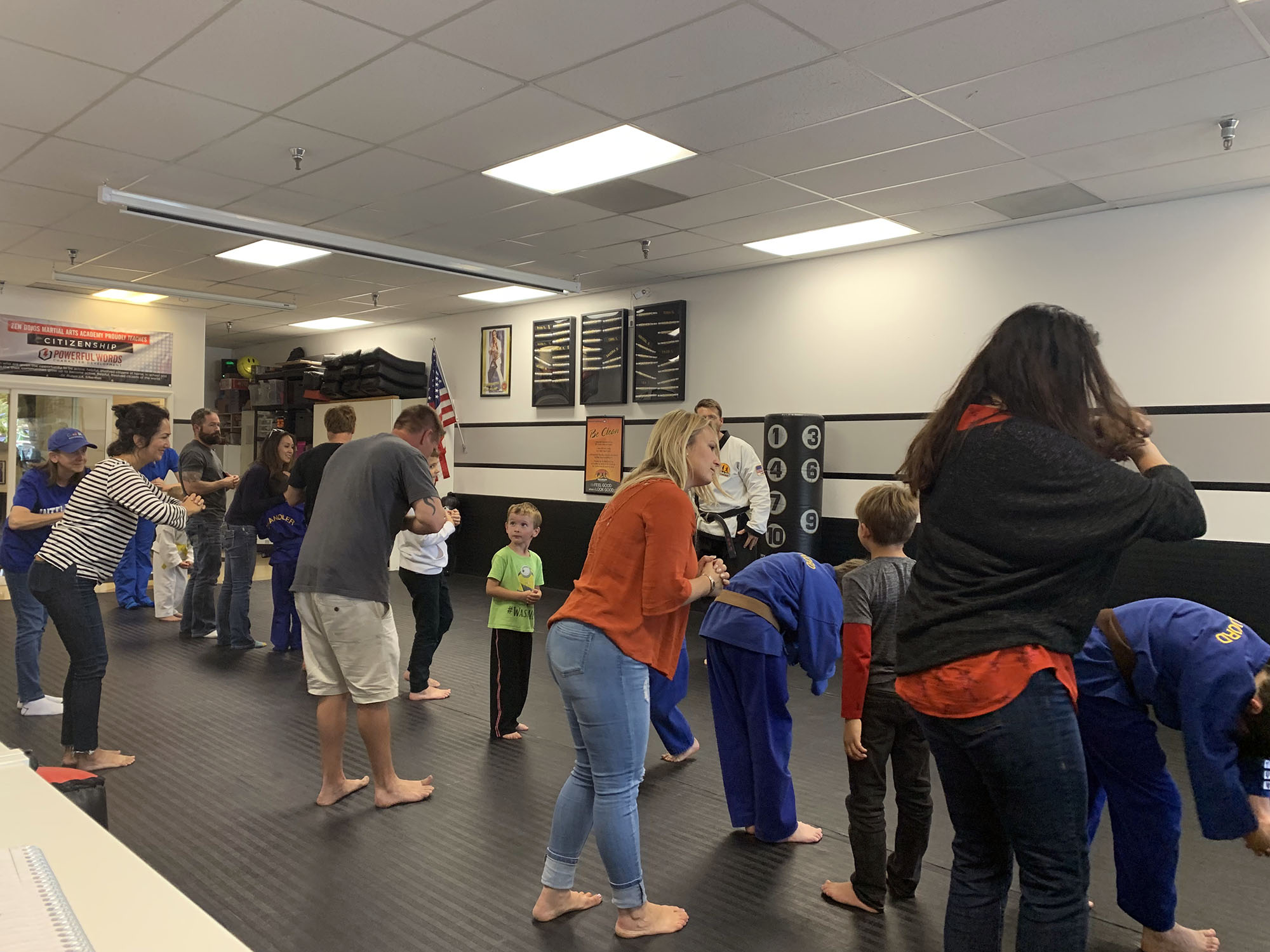 It’s one thing to talk about bullying, and it’s another to have an open an honest conversation about it.

Ian Miller, sensei of team Zen Dojo, led the clinic to help kids be bully-free and provided some personal stories about his own experience of being bullied when he was younger. Miller has 15 years of teaching experience under his belt and was able to use his background to relate to the children on a very personal level.

He kicked off the clinic by asking all of the children if they’ve ever witnessed bullying, to which many hands shot up. Only a few stayed up when he asked the follow-up: have you witnessed someone helping the individual being bullied?

Organizations and government agencies have recognized bullying as a health problem for the nation’s youth and have led several anti-bullying efforts for more than a decade to prevent children from being tormented both at schools and online.

Such efforts, according to the U.S. Department of Education, may have helped, as a 2015 study showed a decline in bullying among school-aged children.

The data compiled by the education department’s National Center for Education Statistics found that “the reported prevalence of bullying among students ages 12 to 18 dropped to 22 percent after remaining around 28 percent for the past decade.”

For Miller, his focus is to have the kids work on being more confident and fit through martial arts, which, he said, can translate into a more positive lifestyle.

Following a session of warm-up exercises, the children began doing some drills and moves that were designed to “preemptively” help them against a bully.

“Outside of fun training, we hope to never use these moves,” Miller said.

Given the Zero-Tolerance policies at schools, Miller emphasizes that most of the moves they use in the dojo are the absolute last resort.

The children were able to show off their moves and skills to their parents, who joined them on the mat for some “sparring.” This allowed a deeper line of communication between child and parent, which Miller had emphasized throughout the seminar.

Along with that, he wanted parents and children to try having an honest conversation about bullying and being able to identify red-flag behaviors of someone potentially victimized by bullying. Some of these behaviors include acting out, a slip in grades and a withdrawn personality.

As a father, Miller said he understands and tries to express the importance of communicating with children and teenagers at their level. He said there’s a certain level of emotional intelligence needed to be able to overcome bullying, and an open line of communication and honest conversations can help aid that journey for children.

The Zen Dojo offers age-specific training classes as well as summer camps, adult karate and seminars. The next seminar will be a Women’s Self Protection clinic on Wednesday, June 12. Zen Dojo is located at 31888 Del Obispo Street, Unit 6, San Juan Capistrano. For more information on the academy and its classes, call 949.240.6574.

To learn more about bullying and how to teach your kids to prevent bullying in their school, go to StopBullying.gov.