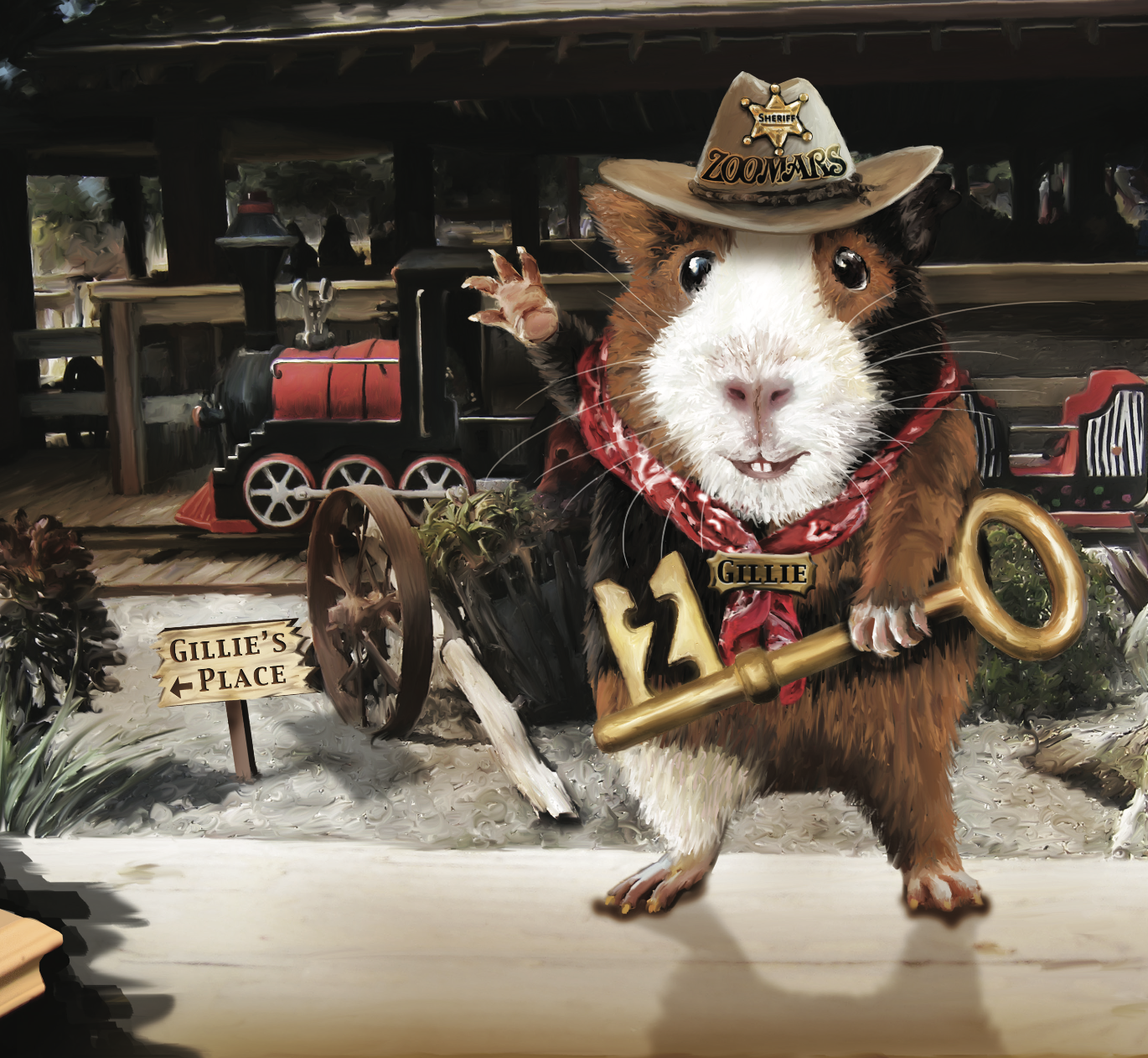 By Lillian Boyd, The Capistrano Dispatch

ZOOMARS Petting Zoo in San Juan Capistrano beat both Disney and Sea World in a souvenir competition at the International Association of Amusement Parks and Attractions convention.

“I wanted to create a lovable character who could teach children about overcoming fear, including respect for their animal friends here at the zoo,” said Franks.

Her book, “The Tale of Gillie Guinea Pig” is an illustrated story where Gillie’s courage helps him scurry out of a pet shop and into the job of his dreams. Gillie also has an album of songs available on iTunes, produced by musicians local to San Juan Capistrano, a fan club, a website and is honorary sheriff of the petting zoo.

ZOOMARS’ is in the Los Rios Historic District of San Juan Capistrano, and listed on the National Register of Historic Places. In 1980, it became the Jones Family Farm, owned by Gil and Millie Jones. Franks purchased the zoo in 2005 and paid homage to the couple who started it by naming her character Gillie, a combination of their names.